13 posts in this topic

J-Tech Workshop 2 months ago. I came across a impossibly cheap Mac Pro on the Goodwill auction site, but it might have been too good to be true. It came with The Transformation Finale! Coolant Leak into PSU!!! Powermac G5 Mods! Jacob Person 1 years ago. Hope you enjoy! 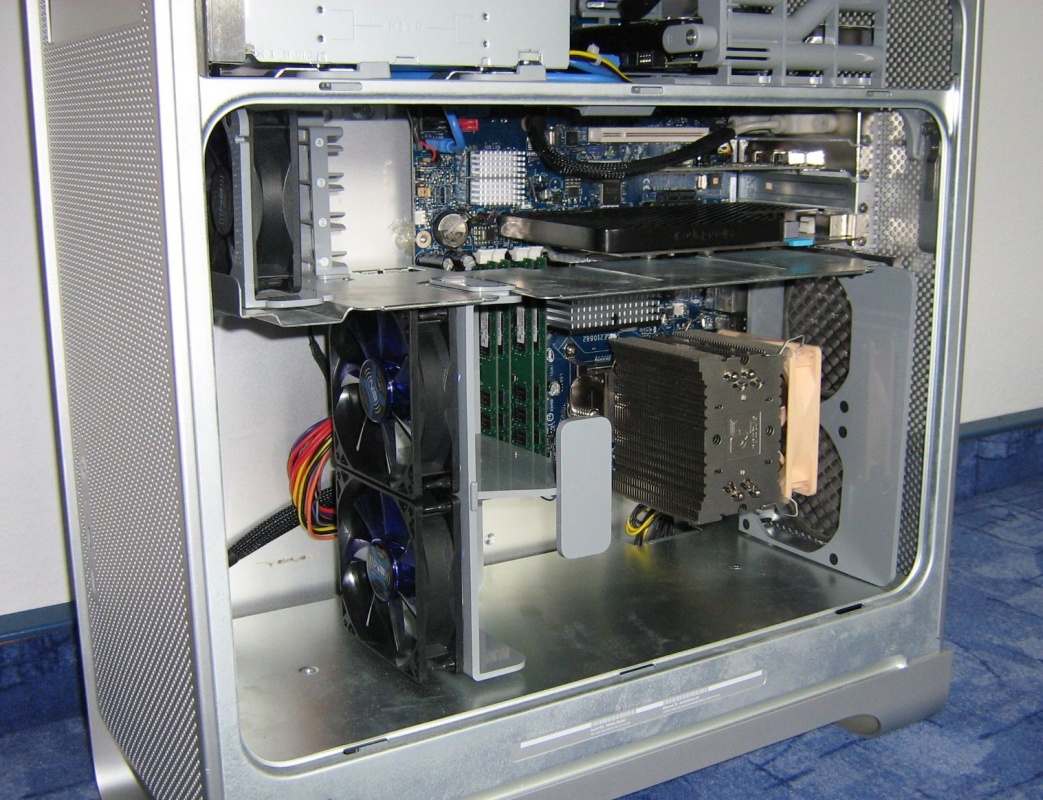 Well this is my very first case mod hope u guys like it! In this video i modify the original PSU Power This was my first Hackintosh in a vintage Apple housing. PowerMac G5 - Is it Obsolete? The 8-Bit Guy 3 years ago. A review of the Apple PowerMac G5 quad core in to find out if it can still hold up.

Support this channel on Patreon This video has been heavily requested among my audience, so I had to deliver! In this video, I take all of the components from my My G5 case ATX conversion to hackintosh mayhem-modz 1 years ago. The Transformation Pt. Here we take to the second installment of The Transformation!! The Ultimate Ryzen Hackintosh! Dom Esposito 2 years ago.

This water cooled The Transformation Pt 3!!! The next part will be the final Auf Facebook folgen In this video i dodify the case, and make Finalmente terminata la modifica al mio case powermac g5, spero vi piaccia ; di seguito il link all'articolo sul mio sito Guests, Dave Chugg from Laser Hive Intel i7 k 4. Both are All the Internals are removed. Also, the fan grille with its many mini-screws. So that the plastic is not melting. Cut-out before filing and sanding. Sharp edges. Straight cut of the long sides thanks to the big angle grinder.

Shorter sides were done with the Dremel for precision towards the edges. I removed all the Motherboard standoffs from the inside, cleaned the surface with Isopropyl alcohol and glued the standoffs in the new places for ATX Boards using the 2K Aluminium Epoxy. This took a lot of measure to fit a mainboard in the right position for the PCIe-Slots.

I bought test-boards that were placed in the empty case with a graphics card plugged in and then the screwholes werde marked on the stencils. I made two different stencils. Both stencils with standoffs and fresh glue — right before placing it in the cases. Then, the stencil was taken out. There is no tray necessary under the mainboard. Now that all the disassembly, cutting and gluing was done it was time for some fresh paint. So I bought the right 2K-Aluminium-paint had to try different ones to find the perfect colour and shade and handed four cases with the paint over to a professional paint shop arm-industry - specialized on parts for tanks.

They were happy to try this because they wanted to train their varnisher-apprentices on something that is more difficult than the usual tank-parts. The results were good, but It turned out that these cases are really hard to paint…. They returned from the paint-shop with some varnish-runs on the bottom of the cases.

They also missed some spots that were hard to reach. So, I changed my mind and decided to paint all the cases, myself again Crucial for keeping it warm. To keep the shed warm, I used a big oven and additional electric heaters. I had a compressor on hand with 30m hose and used a spray-gun for coating the cases with Aluminium-paint. We used the spray-gun for car parts before. The freshly sprayed cases were put in a sauna at roughly 80 degrees Celsius.

That sped up the hardening and caked the varnish in. Now they are 4x4. The IPEX? This is what the 12 empty cases look like, that have some orange-peel skin:. Basicaly the underside of ALL cases looks like this - because they were placed on their feet for drying or Spraying.

You will never see this when the case is standing on its feet. Empty PSU-Enclosure is installed. Fan-bracket is in place. Sometimes still with apple fans.

I modded the 12 best-painted cases to create fully-modded Barebones:. The Apple-fans were removed from the fan bracket. They were loud and needed re-wiring anyways.

It is recommended to put more modern fans in there. I renewed the rubber-fixings where necessary. You do not need screws to put fans in.

They are held in and decoupled by the rubber. Vibration is not passed on to the case. I put the PCIe slot brackets back in they were also painted, of course using the rubber-headed HDD screws from other cases. In case you want to add more HDDs you have the right screws at hand. The fan-bracket fits in its original position. That works fine for most Mainboards. Silent-Wings 2 - 92mm in or move the bracket up a bit - by not inserting the hooks under the lip, but rather clamping the bracket above the lip I did that for the Ryzentosh, it is also very stable.

They look like the original ones and are very quiet. I used them in two projects. The Power-Buttons needed to be painted, as well. Over time they lost some of their thin chrome coating due to touching. The 2-K varnish is thicker and will be much more durable. Secured the power-buttons down using double-sided tape during varnishing. To make them fit perfectly again, I needed to scrape of excess paint from the sides.

The buttons would easily get stuck otherwise. The front-panel-boards of all G5s have the same size and fit in all the cases.